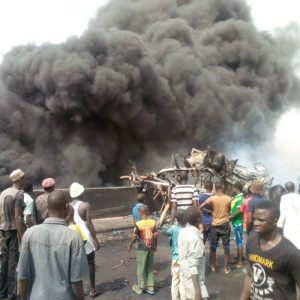 Naija News reports that man and his wife have been killed in multiple the explosions.

According to residents, the explosions occurred around 12:30 am on Sunday.

It was gathered that many people also sustained injuries from the blasts.

A security source told SaharaReporters that details of the actual casualty figure could not be ascertained yet but a man and his wife were killed in the blast.

Recall that Maiduguri, the capital of Borno State, was on Thursday rocked by at least two bomb blasts.

The first blast occurred around Gunge, a residential area, around 6 pm.

The other blast happened around a place where cars are sold in the state capital, a security source revealed.