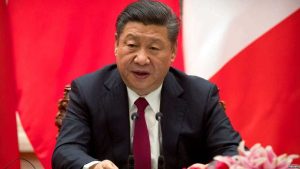 China has promised to hold a national mourning event on Saturday to commemorate those who died in its fight against the deadly coronavirus, including 14 frontline workers.

Starting at 10 am, all people nationwide will observe a three-minute silence and cars, trains and ships will sound their horns, alongside the wails of air raid sirens, said the State Council in a statement Friday.

The national flag will also be flown at half-mast across the country and at embassies and consulates overseas.China will suspend all public entertainment activities as well, as it mourns the lives lost in its virus battle.

On Thursday, China identified 14 people as “martyrs” of the epidemic, describing them as role models among frontline medics and epidemic prevention workers, reported the official Xinhua News Agency.

They include doctor Li Wenliang, who was reprimanded by police after sharing posts on social media to warn others of a SARS-like virus spreading in his city.

Li’s eventual death from the virus in February prompted a national outpouring of grief and anger at the government’s handling of the crisis — on top of demands for freedom of speech.

Cases of the deadly pathogen were first reported in the central Chinese province of Hubei late last December, and the virus has since spread rapidly and claimed over 3,200 lives in China alone.

Although the number of new domestic infections have dwindled in recent days, with most cases now being imported ones, fears remain over a second wave of the outbreak. To slow the spread of the virus, China imposed draconian controls on its population.The virus has since spread to numerous other countries, with the global death toll surpassing 50,000.