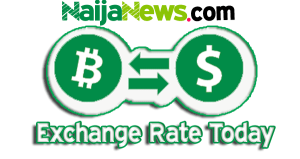 A Federal high court has granted the request of  the Central bank of Nigeria (CBN) for the suspension of 65 Bank accounts linked to 12 firms and a man.They are suspected to be involved in an of the foreign exchange scandal

Justice Ahmed Mohammed of the Federal High Court, sitting in Abuja, while given  the verdict on a motion ex-parte filed by CBN Governor Godwin Emefiele and argued by former Attorney-General of the Federation (AGF) and Minister of Justice, Mike Aondoakaa (SAN).

Justice Mohamed in the ruling granted the CBN 90 days, to investigate the activities of the firms, who the CBN Governor alleged were involved in the importation of goods not eligible for foreign exchange.

The CBN Governor further alleged that the activities of the firms and an individual identified as Adekunle Olusola Alonge, are “the cause of the current volatility and imbalance in the foreign exchange regime in Nigeria with the attendant negative impact on the economy.”

Justice Mohammed then adjourned till November 25 for a report of the investigation.