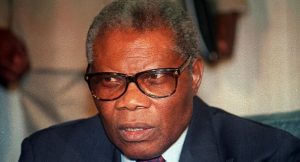 The death was confirmed on Facebook by his son Jeremie Lissouba, who is also a lawmaker. 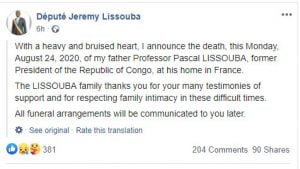 He fled to France after being overthrown in a brief civil war by the current president, Denis Sassou Nguesso, who had lost the country’s first multi-party elections in 1992.