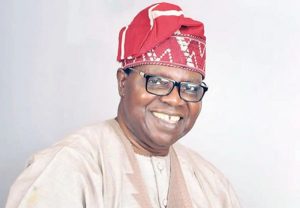 Popular juju music maestro, Chief Ebenezer Obey, has revealed during an interview that he is set to remarry.

This coming after he was reported dead but the news ended up been fake after the great musician himself came out to debunk it days after the report trended on the internet.

He was asked what his reaction was when he had about his death, he said, “Well, I knew that I was alive, I wondered and then I knew I had to correct the error and tell them that there is nothing wrong with me. But when I saw the reactions of people from all over the world, it also reassured me that I have fans and admirers all over the world, and that also impressed me. I realised once again that there are lots of people all over the world who love my music and love me too.”

“Of course, I knew that before. But the response in the past weeks has been beyond my expectation. And I said to myself that it is good to do what one knows how to do well and let people recognise you for that. It has also taught me that every good thing that one does matter. This has also taught me that I should continue to do good for humanity more than ever. But again, that is what I have been doing all along.”

Obey during an interview with The Nation was questioned if he missed having a lover around him, the talented musician in his statement said, “the companionship of a wife is a good thing. It is not against God’s rule. So, I am here, I can marry at any time; not just for the sake of marriage as it is, but for the sake of companionship, because what else do I want? I have children, grandchildren and even great-grandchildren. So I have been blessed. It is not like I am looking for a wife that would conceive babies. As long as I still have life, you will hear when the time for marriage comes.”

The juju musician was asked if he can marry a young lady, Obey while answering the question said, “It’s a foolish old man that will say he wants to marry a young lady. The young lady has just started her life and definitely is virile and strong. Someone like me should be thinking of a woman who is 60 or above. And when I do it soon, everyone will know.”

He was also asked if he missed his late wife or he sees her in his dreams, he said, “Of course, I do. I miss her all the time and have seen her in dreams so many times.”