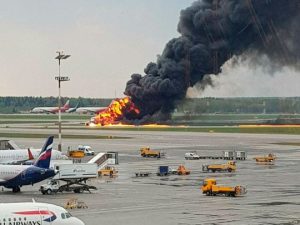 11 people have died after a United Nations plane ran off the runway while trying to land in the northern Malian city of Gao on Monday.

The UN noted that four of its officials and seven crew members were on board the plane which took off from the capital Bamako early yesterday.

A crew member was seriously injured and ten others were hurt.

“An investigation will be ordered as soon as possible to determine the cause of this incident,” the statement said.

One eyewitness, Abdoulaye Maiga, eho works for an airport-security company, said plane had to make an emergency landing, at which point it “left the runway”.

UN peacekeepers deployed to Mali in July 2013,  following the siege laid in the northern part of the country by jihadists.

The MINUSMA now has 13,000 troops in Mali, while France has 5,100 soldiers as part of Operation Barkhane, its anti-jihad force in the Sahel.

Even as thousands of foreign troops are on ground, it has not stopped the jihadist from their activities which has spread to central Mali and  to neighbouring Burkina Faso and Niger to the west.

Thousands of military and civilian lives have died in the conflict to date.