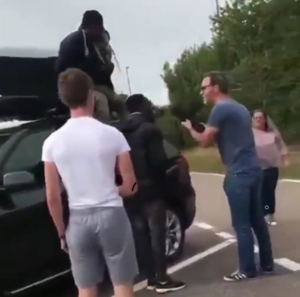 A British family met their utmost surprise haven when they returned to their homes from a road trip only to find African immigrants hiding out in the roof rack of their car.

The immigrants while trying to get into the UK, snuck into the roof of the vehicle and flung their properties away.

The  unsuspecting family drove into the UK and were shocked when they got home, only to find their belongings were gone.

The British family were so upset but the Africans appeared unbotthered  as they got down from the roof rack and made their way into the bush.

It is believed that the immigrants hid in the roof rack in Calais in France.

Immigrants in such areas are known for trying to escape by hiding away in people’s cars without their awareness.

This isn’t the first time an African immigrant has been found hiding in a family’s roof rack after they arrived in the UK.

See photos  and video below: 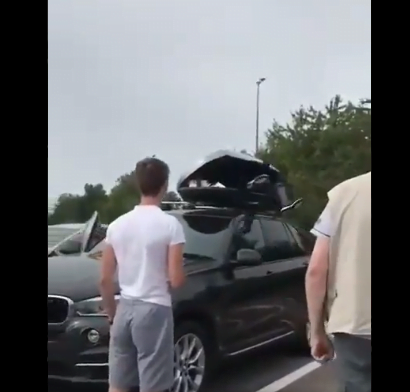 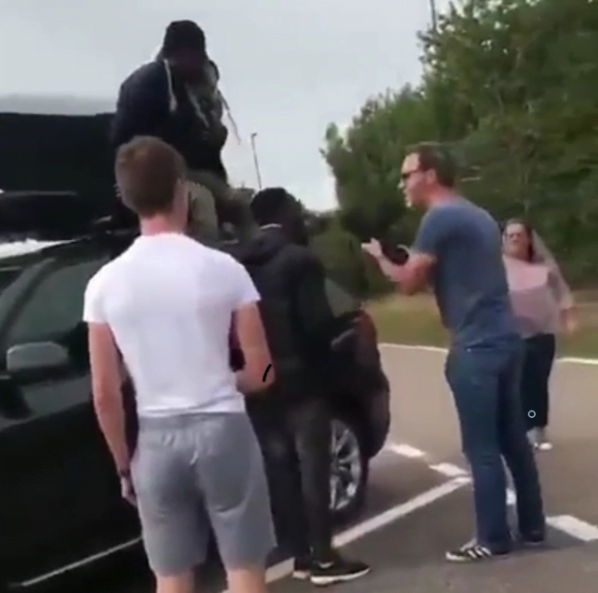 A British family arrived back in the UK from holiday in Europe and they were shocked to discover two African immigrants hiding in their roof rack. . All their properties were gone. It appears the immigrants flung their belongings away so that they could fit into the rack.