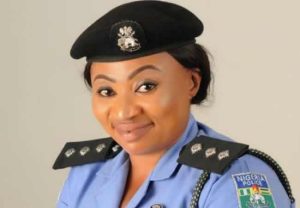 Operatives of the Ebonyi State Police Command are presently seeking to arrest a middle-aged woman for allegedly killing her husband by squeezing his manhood.

‎The suspect whose identity was given as Chinenye Okoro, was said to have committed the act on March 29 in Akaeze community, Ivo Local Government Area of the state.

The incident was said to have happened following a misunderstanding between the partners.

The reason for the quarrel was could not be ascertained as the suspect fled the scene of the incident, but her mother, Roseline Okoro, who reportedly witnessed the event, was arrested by police.

Police spokesman, Loveth Odah confirmed the incident, saying that the case was incidented at the Ivo police division.

“Investigation revealed that the deceased was a boyfriend to Chinenye Okoro, that the two lovers had a misunderstanding and as result the girlfriend pulled at Ifeanyi’s manhood, which allegedly led to his death.”were on to arrest the principal suspect, stating that once the investigation was over, the suspect(s) would be charged to court for prosecution.